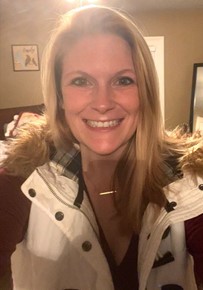 My surrogacy journey began in October. I had a friend of a friend reach out to me about being their surrogate. Becoming a surrogate was something that had crossed my mind before. I already had two children and loved being pregnant but didn’t know exactly the process of becoming one. After some communication back and forth and lunch with the intended parents I started the process and my journey to becoming a surrogate began.

I considered the first half of the process ‘phase one’. During phase one I had to get clearance and approval with my own doctors. I scheduled a pap smear/annual OBGYN appointment with my OBGYN. At the appointment I was able to discuss with my OBGYN about the surrogacy process and he signed a clearance letter. Other tests that I needed to have during the beginning stages were an STD test and a drug test. For those I was able to take the test right in my hometown. The results got sent to the agency after they were completed. After I scheduled a physical with my regular doctor and received blood work, I was cleared by her as well.

All in all this took about 4 months to complete. Besides all the appointments and clearance letters I also had many zoom meetings with people through the agency.  I believe after this point is when you would typically get matched with your intended parents (because we both received letters) but since our process was a little backwards and I actually met them first we didn’t get matched through the agency.

All in all the ‘phase one’ took about 4 months to complete until moving on to (what I call) phase two. In phase two the journey will continue with the medical and psychological screening.