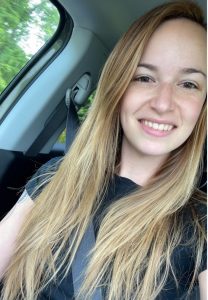 So why did I decide to become a surrogate? Well I decided back in 2020 that surrogacy was a journey I wanted to explore, to provide the chance for a loving couple/family to have a bundle of joy, but my attempts were halted because of COVID and because it was not surrogate friendly just yet in New York. So after the birth of my second son February 2022, I decided I wanted to give it another try and that’s exactly what I did! I looked up Surrogacy in New York and it brought me straight to the New York Surrogacy Center website where I completed the short application on May 22nd, 2022 on their website and shared my interest. Joe got back to me the same day asking to set up a phone call, which we scheduled for June 3rd to go over the process. Then I  filled out the complete application the week of June 13th but did not heard back, so when Joe followed up with me on June 20th, I told him I did complete it. He checked with IT and it was completed but it glitched so he never got the information. My application was then reviewed and everything looked great. Even though it felt pretty quick to me, he apologized for the delay, again this was June 20th. Once that was done, he sent me everything I needed to start with what was next!

Next steps were the pre-screening process, which meant tons of paperwork and checking items off a list… Well for me! I instantly felt overwhelmed by the amount of things that needed to get done! I just knew I wanted to get everything done as quickly as possible with the hope that it would quickly lessen my stress and that’s exactly what I did! I started off with the easy items, such as the authorization form that just needed a simple signature, and then onto the rest. I was able to get everything done within a few days which was a huge relief for me. Then I had to get a drug and STD screening. Again this was so quick and easy. I was able to get it scheduled and done the next day from the order being placed June 21st. Then I had my OBGYN follow up and got the recommendation I needed on June 27th, so still all within a week of one another. It was just convenient for me I already had an appointment set up with my OB and I was able to kill two birds with one stone.

The hardest portion for the pre-screening was my health insurance information. I could not find my health insurance packet online and my supports at NYSC couldn’t find the packet, so I had to resort to calling my insurance company directly and having them provide it for me. To think it took several calls and hours looking for one packet explaining my insurance was mind blowing to me and such a relief when it was over! Once I finished providing everything that I needed to, the rest was on NYSC with requesting my medical and OB records, which took the longest.

On July 10th, Joe sent me my surrogate profile which included everything I put in my profile and explained that this is what the IPs would see. I made a few changes when I was reading over what I wrote. I did it so quickly and it definitely needed some tweaking, which was easy enough and was revised and looked good on July 12th.

On July 13th, Joe Williams set up a Zoom meeting with me to explain the process in full and answer any questions I had and to get to know me, which went very well. We talked on Zoom for maybe an hour and he took his time explaining the process, answering any questions I could have, which I didn’t think I had many because it was just the beginning.

But not long after that, I was given the greatest news of everything living up and being cleared to move forward to the next step on July 13th. The matching process! Yay! The dates will give you a bit of a time frame for how long everything really took! So the moment I filled out the website short interest form to getting to the match process was a month and a half… More coming soon!!